We have here a double review of 2 Metal Build figures namely the 00 Gundam Seven Sword and the add-on pack 0 Raiser. They were released back in 2011 with 00 Gundam 7 sword at March and 0 Raiser with GN-sword III on October. These two (though released separately) were the first ever Metal Build figure made. So just after a few months the price has sky rocketed to more than 200% of the original release price. Finding one nowadays is considered difficult or too expensive. Luckily, we were able to get them both for a very cheap price.  Both of them cost us around 10500 php only. Truly a steal deal for an MIB (mint in box) set. Now, let us get into the review!  ^_^

front and back of box

closer look on the details on the back of the box

CONTENTS of the PLASTIC CLAMSHELL

CONTENTS of the STYROFOAM box

attaching 6 out of 7 swords

can you see the 7 swords?

somehow, those carrying big ass swords are holding it that way

trying it out with the stand…

close look on the stand prints

These are 3 more swords for your 00 Gundam

GN Sword III  can be attached underneath

Unfortunately, I do not have photos of the two figures combined.

side by side with Metal Build Trans Am 00 Raiser 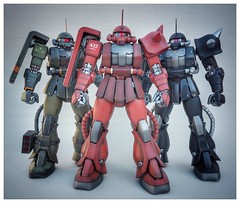 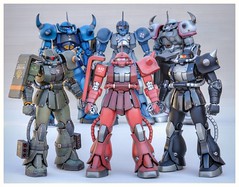 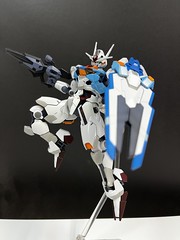 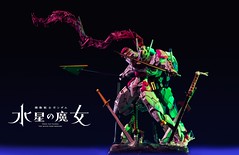 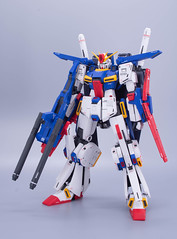 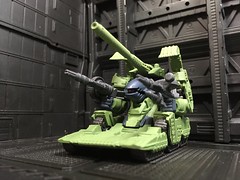 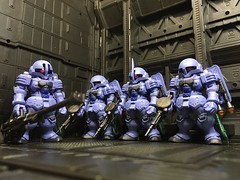 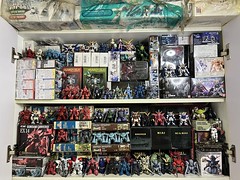 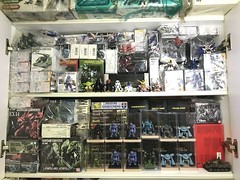