It has been a while since we opened up an SDGO figure. This time we will do an unboxing review of the SD Gundam Online (Capsule Fighter) Heavy Arms Custom. We are fans of the Gundam Wing Series  so we really like that SD figures like this one exists. In case you are not aware, SDGO Figures are based on the old SD Archive series by Bandai as well. They are bigger than SD Gunpla Kits and they are made of plastic and rubber. You will also notice that this figures have screws mostly at the back area. Articulation is limited but not much of a problem. They are deformed (hence SD) so expect little movement. Ok then, let us proceed with the unboxing.

when you pull out the contents, you will immediately recognize the low quality black plastic shell that holds the figure (all SDGO products are like this)

a closer look at the gats

the trademark eyes of the SDGO line

you can count the screw holes from this point onwards haha

fixed open hands (made of rubber)

of course, heavy arms would not be cool without his ARSENAL of weapons

just let him hold the two gatling guns, nothing more.. not even an added support on the back area

almost forgot about the weapons on the legs 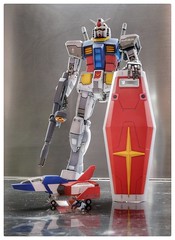 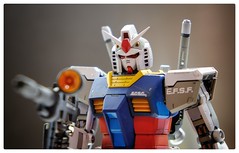 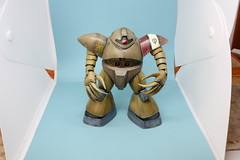 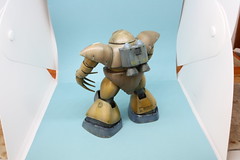 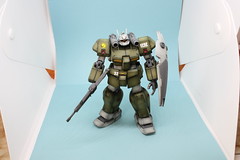 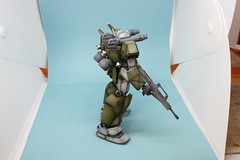 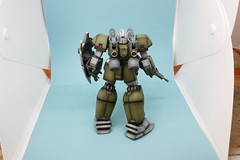