Well today we are not going to feature just a kit… Today, we are going to feature a very passionate Gunpla Collector that I personally know. His name is Gibe Lindayag (a.k.a LOTUR as some of his friends know him). He is the founder of the group “PinoyGundam” which I happened to be a member of back when I was still starting with toy collecting myself. We share the same belief that Gundam Collecting  (or any particular toy in that matter) should be fun and worry-free. He also loves to share to other people the stuff he has. I haven’t personally seen his collection, but damn, just looking at the photos are enough to conclude that he has A LOT! ^_^

It seems that as a child, he already was sane enough to take care of his toys…

Unlike me that I just literally destroy them… haha!

AFAIK, he mentioned that he started on Gundam Collecting back in 1998… and somewhere in between, he stopped for a couple of years and just came back again this 2012.

I am not sure when these two are taken…

but it clearly shows that each time, the cabinet gets more crowded…

another shot of our man!

Random pictures from this point onwards

Thanks “Lotur” for letting us feature you here in our blog. 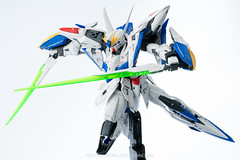 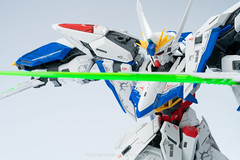